Toronto has plenty of ways to have fun while keeping fit! I’ve been on the hunt for the best introductory deals and the best way to break a sweat in the city. It has been a very busy few months for me! This summer has seen me through a job search (repeated throughout the job find because I was on a contract), an epic apartment search, tons of terrible tinder dates, and a weight gain that has me a little worried. I haven’t been able to settle down and be consistent about anything (not an excuse for not posting – sorry!) except my new piss poor eating habits! This week I’m starting a new job and am kicking the bad habits with the old j-o-b. Anyone down for a Toronto Seoulcialite Health & Fit Club?

While trying to get settled in Toronto, I’ve given a few different workouts a try and wanted to share with you my best bets for those of you who aren’t into traditional gym experiences. Some of these I found to be pretty mild, while others kicked my ass – literally. I’ll start from the easiest (comparatively and in my opinion) and work my way up to the toughest. I encourage you to let me know if there’s a cool new workout you want me to review so that this list can become more comprehensive! 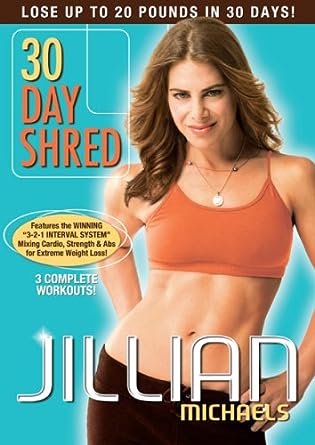 While in Vancouver I was introduced to Jillian Michaels’ “30 Day Shred”. I used to watch “The Biggest Loser” and has all kinds of opinions on that, but the workout itself is effective! The 30 Day Shred has 3 levels. In each level, you have cardio and strength training which target different areas of the body. This is a perfect workout for beginners because it’s in the comfort of your own home, you can build up as you get stronger, and you can use elements from the videos if and when you decide to join a gym in Toronto. Workouts should be challenging, but not so tough that you don’t want to go back and give them another shot. I’ve used this video and its techniques in Vancouver, Toronto, Atlanta, Busan, and Seoul!

Setting an intention can help us gain clarity and guide a path forward in our lives. We set intentions on our mats to infuse our practice with purpose. Our practice comes to life when we carry our intentions out of the hot room and into the world. Are you thinking about setting any intentions as we kick off the new year?! ✨ 📸 @modoyoganyc

Moksha Yoga has changed quite a bit since I moved back to Toronto! Not only do they have more locations, they’re offering plenty of new classes like barre fitness (designed with a dance element) as well as jock yoga, and plenty of others. Their schedule is pretty packed throughout the day, so if you work from home you can get in on classes with fewer people. I used to take their 6 AM classes before work and felt like my day began with intent (and a great sweat!) More often than not they have partnerships around the city, so see if your office can get you a corporate discount at any of the many Toronto locations!

I actually took a class at Barreworks when I was a member of Soho House Toronto. On a sunny Saturday afternoon,  handful of us headed over to Barreworks where our instructor led us through a mild workout blending core conditioning, stretching, dance, yoga, and pilates elements. Since my last visit they’ve also added barreboxing which I’d love to try out! Their earliest class begins at 7, so if you start work before 9 then it might be an after work affair for you. Either way, they offer lockers, showers, towel-service (thank goodness), toiletries, and a judgement-free atmosphere!

Summer’s over, yet the hustle continues 👊🏼 #NeverStopTheGrind

Big Hit Kickboxing Studios in Toronto has created an amazing community for boxers at every level. In the past, I’ve found that some Muay Thai/ MMA gyms have been tough for female clientele especially when it came to sparring. I just wanted to get some of my stress out by hitting something, but it turns out guys are a little scared when it comes to fighting with women. Who knew? At Big Hit, you get to punch and kick the crap out of “Bob” – your friend and foe for the duration of the high energy, musically-enhanced class of punching, kicking, and resistance training which will leave you sweating like you’ve never sweat before. I loved the instructors who came around and made helpful suggestions in a constructive manner. It didn’t feel embarrassing when I was accepting their feedback. I also had to adjust some elements based on recent surgery, and am excited to go back and try out all the different classes as I rebuild my strength.

I’m still waiting on those 6 AM classes to start. So far, Pop Physique offers 2 styles of workout with classes running from 9 AM through 8 PM. Pop Physique is a ballet barre-style class with yoga, pilates, strength, and conditioning elements. I wouldn’t say much dance training comes through, but it’s still a pretty effective workout. Pop Yoga is a hip-hop yoga class I haven’t taken quite yet, but am eager to try. Some people in our class had done one of each, so they’re not impossible, but they’re not simple, either.

Show up, breathe deep, own the podium. 💥 ⠀ Hey you! Yeah you. You’ve been thinking about teaching spin but you haven’t quite mustered up the courage to commit. Why the flip not? This might be exactly what you need. Send us an email—we need to hear from you this week. ⠀ #6ixcycle #torontospin #torontofitness #queenstreetwest

6IX Cycle is your standard spin class with an added layer of fear: pitch black, loud music, and a seizure-inducing laser light show. I’m not particularly partial to clip-in shoes as it can be tough to clip out and if they do by mistake while you’re riding the stationary bike it can be pretty dangerous. The room is quite small so you’re very close to your sweaty neighbours. I’m a big fan of spin, but this one was a bit of a miss for me as I felt like I was going to go over the handlebars and fall headfirst into the front row. Maybe I’m ancient already, but it was just way too loud and dark for this gal!

You can tread with us. #Barrys #FACEYOURSELF

Let me tell you – I was not ready for Barry’s Bootcamp. I entered Barry’s Toronto knowing full well that it was an intense workout which could burn around 1,000 calories. The idea is that each day targets a different area of the body. Mondays are arms and abs. Tuesdays work your butt and legs. On Wednesdays you target chest, back, and abs. Thursdays are for hardcore abs. Fridays, Saturdays, and Sundays are full body workouts. Having already walked to work (40 minutes) and hit the gym (legs and running), I should definitely not have tried to crush the class. It’s VERY intense – you get called out for not going fast enough or adjusting your incline high enough. I had no idea there was so much actual running involved in the class I took. I’m sure if I went every day, I’d be in peak physical condition. It’s a tad inaccessible (it would be half my salary to go 5 times a week), so I’m not quite sure how the cult following affords it. I know one thing’s for certain – I want to be fit enough to crush a Barry’s workout 5 times a week!

Bonus – any of these group classes offer online registration at their Toronto locations! Have you checked out any of these Toronto gym alternatives? Got any great suggestions? Let us know in the comments!