The CN Tower, The Eiffel Tower, Times Square, The Shiodome, and The Oriental Pearl Tower all have a few things in common, but my last night in I had decided I could not, and would not, miss the light show on the Bund.

We had missed the show by minutes Saturday night, as missed out on Bar Rouge too which had been on my “Party Shanghai like a Tourist” list.  Shanghai had thus far been really cheap – even with all the sightseeing, eating, partying, and shopping I had done I still managed to have most of the money I came with after leaving the Jade Buddha Temple.  This was when I decided there was no time like the present to treat myself.

We had walked to the Bund and back to the hostel in a long, roundabout way, so I wasn’t entirely sure where I was going once I got out of the subway.  I was slightly disoriented, but managed to find my way quite quickly with my trusty map.  Shanghai – so walk-able.

I made it back to The Bund and had considered going on the really touristy pedestrian tunnel.  It seemed kind of pricy to go round trip, and I wanted to sit down and enjoy the different views as the sun went down.  My first stop was Sir Elly’s at The Peninsula Hotel.
Designed in a special U-shape, Sir Elly’s Terrace offers a 270-degree experience with dazzling views over the Huangpu River, Suzhou Creek, Garden Bridge and the futuristic Pudong skyline. A popular meeting spot for the city’s movers and shakers, indulge in a signature Sir Elly’s cocktail, a tipple from the impressive selection of wines by the glass or a rare whisky.

The terrace itself was smaller than I had imagined having seen pictures online, but I suppose I didn’t head around the corner to see the remainder of the roof.  I had a great little table with a wonderful view.  I kind of wished for a dining companion, but knew they wouldn’t be able to enjoy the same vista.

In no time I was enjoying a rosé cuvée, some complimentary popcorn and stuffed green olives, had had ordered the beet root salad.  The only kind of beets you can get in Busan are pickled in malt vinegar, so this was my first craving of the evening I would satisfy!

The salad itself was fairy simple.  The beets were soft but still had a hint of crunch.  Their flavour was strong and I wish the goat cheese hadn’t been whipped into a foam because it lacked the flavour it needed to stand up in the dish.  On the side were salty, crushed peanuts.  They didn’t really seem to make sense when added to the dish.  I would have preferred pistachios or even cashews to round out my appetizer. 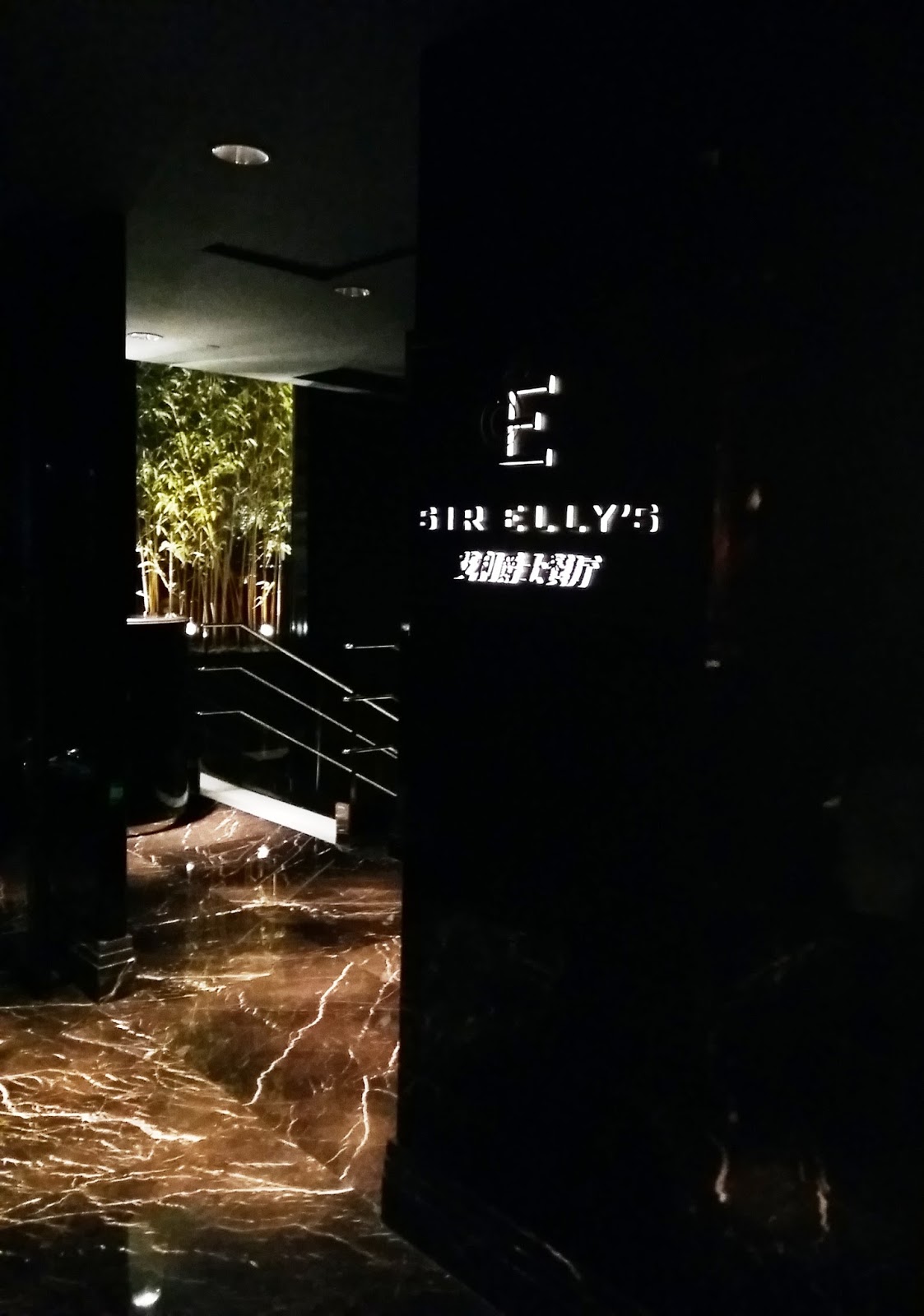 The tower and surrounding buildings lit up once the moon was in the sky and the sun dipped down.  Against the navy night’s sky, Shanghai-Pudong came alive.
I paid my bill (which must have come to about $45 with their tax and their 18% auto-grat included) and continued on.

If you only have time for one rooftop dinner on The Bund, POP Bar at Three On The Bund is my recommendation as well as Trip Advisor’s.  There was no grandeur to the lobby; it was elegant like it had a secret.  In fact, we had been in this hotel just the day before for the Fissler exhibition.

I had seen some other foreigners searching for the lobby and the elevator.  They were loudly musing about where this fantastic rooftop restaurant might be.  I snuck past them, hit 7 in the elevator, and reveled in the silence once the doors closed.

The decor at POP is one part fabulous, two parts gaudy fun.  The main dining room inside looks like a small, chic Manhattan hotel lobby bar.  Keep walking to the lounge and we’re in full-blown Miami Vice territory.  Having vacationed too much in Florida in my formative years, my late 80’s/ early 90’s childhood dreams of being a fabulous traveler sitting at a bar aglow with neon lights returned.  Who knew I would live it all out with the backdrop of a Chinese flag?

Remember Osaka?  I think Perrier-Jouët should probably just make me a global brand ambassador already the way I manage to find these magnums!

With this beachy feel I had to go with a rum cocktail.  I kept it in the family with a South Beach Sunrise 88 RMB ($18.28 Canadian): Havana 7 Year, Lime Juice, Passion Fruit Puree, Simple Syrup, and a dash of Chili Sauce.  The cocktail was garnished with a maraschino cherry because…look around – of course it was.  Something in this drink was a bit off.  I think the passion fruit might not have been the right choice.  Something simpler like pineapple juice would have really done the trick.  I loved the addition of the chili sauce, however!

By this point I had ordered my dinner and the light show was in full swing.  The would have been the perfect spot on a Saturday night with the crew we had rounded up.  Alas, it was also a wicked way to round out my last night in Shanghai.

I can guess what you’re thinking: “Okay, you’ve had a couple of dumplings, one hole in the wall meal, some fro-yo, and now this?  Where’s the Chinese food, missy?”  Well, to be realistic, I wasn’t eating all that much while sightseeing. Sunday night was my time to indulge in the view of The Bund and looking out over the water I wouldn’t have given this up for the world.  Plus, the BBQ Pork Ribs with sweet chili sweet potato wedges (yes, ORANGE ones that you can’t get in Korea!) were to die for.  At RMB 144 ($29.91 Canadian) the portion may not look like a lot, but I was more than satisfied.  The ribs were fall off the bone, incredibly large and meaty, and had barely any gristle.  There was a perfect ratio of sweet and tangy BBQ sauce to rib.  I was glad the sauce wasn’t overwhelming the dish.  The sweet potatoes were seasoned well although I could have done without the sweet chili…sun-dried tomatoes?  There were a couple of bites that felt…confusing.  That said, I would definitely go back – hopefully next time with more people so we can share plates and get a primo spot.  My meal at POP came to about $55 with everything included (yes, auto-grat is alive and well all along The Bund).

So many selfie-takers.  I get it – everyone wants a perfect shot with the Shanghai sky-line.  Since I know you’re interested in seeing the entire light show…here it is!

I know I take a lot of pictures but with a sight this nice all you want to do is capture it all.  My camera and editing skills aren’t great.  Pretend, ladies and gentlemen!

The drink & party was over, the wining and dining were finished, and as it got colder I knew it was time to hoof it back to the subway (how I wish I could have stayed at Three on The Bund!).

East Nanjing Road was packed.  People were moving at a glacial pace but still managed to push and shove in a rather more polite way than they do in Korea (Ajummas get them ‘bows out even when there is a TON of space).

On the way back to the hostel (and ready to dive right back into bed) I ran into B.  He had missed his flight and decided to stay a few extra nights so we got to talk about how we spent our days, and he finally got his chicken fries from the vendor down the block from the Hostel.

What an incredible trip!
I ♥ Shanghai.  我爱上海 Wǒ ài Shànghǎi