As you may have guessed by now, The Toronto Seoulcialite actually lives in Busan, not Seoul.  The terms of my transfer from Gwacheon to Hwamyeong are confidential, so blabbing about it all over my blog or any kind of social media would be a giant faux pas.  The bottom line is that I live in Busan and have been really happy here.  While the beach is about 45 minutes away, we go all the time.  Hwamyeong also boasts an Eco-Park with a swimming pool, a stunning view of the river, tons of bike paths, and an airplane (yes – a tiny airplane on an air strip of trimmed grass) for the inevitable zombie apocalypse.  We certainly don’t have the same access to Western/ Foreign food, clothes, and novelties, but if we did then I wouldn’t really be having such an authentic Korean experience, I would not have had to learn any Hangul, and I would have gained a big pile of weight because they have every delicious international restaurant under the sun. 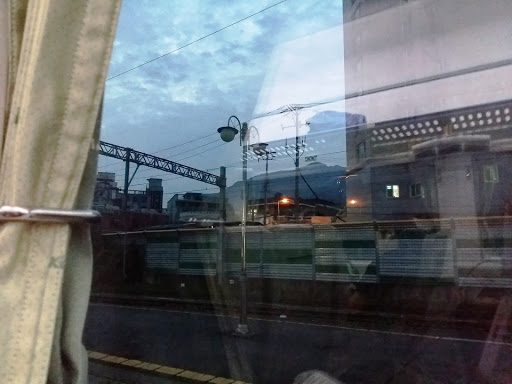 I took a trip to Seoul last weekend to investigate potentially enrolling in an MBA program in Asia.  I had organized a meeting with the Director of Admissions while he was in Seoul and figured that now was as good a time as any to visit the capital city.  I took the Mugunghwa Train (the “slow train”) from Gupo Station (a $4.50 cab ride door to door).  My train left at 5:30 AM (so I got to the station at 4:30 – word to the wise: don’t bother.  20 minutes is just fine if you purchased a ticket online.) and rolled into Seoul Station just past 11 AM.  I slept most of the way, which was amazing.  The trip felt short. 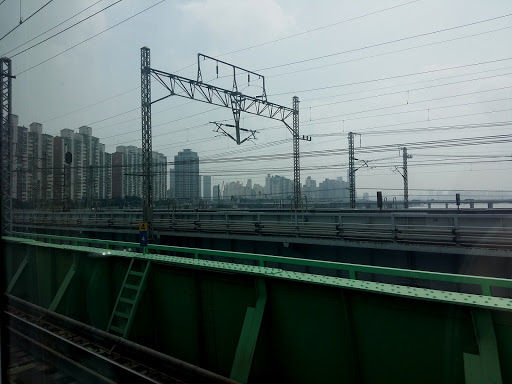 I hadn’t realised that Seoul Station is so conveniently located.  It reminded me a lot of Union Station in Toronto where yes, you can take a subway to get to the different downtown areas, but you don’t really have to. My first stop before heading to my meeting was to Tim House.  This knock-off in what I believe was one of the Chinatowns of Seoul (Daerim) has been brought to my attention a number of times by friends of mine back home in Toronto who think it’s hilarious that I live in a country that has knocked off “Tim Hortons” – a popular cheap and cheerful coffee shop.  I use the word “coffee” loosely, as back home I refer to it as “Tim Hortons Hot Beverage”.  What I would give for one of those bagels with cream cheese, though…

The cafe itself was nothing spectacular but it definitely had more comfortable seating, access to wifi, and power outlets than Tim Hortons.  I asked for their drip coffee and was told that they don’t sell it.  I asked about an ice capp (they’re also popular at Timmy Ho’s) and was told that they’re actually hot mochas.  What?  Eventually I settled on a latte that tasted burnt.  Just like home, eh? After my little taste of Canadiana in Korea, I hopped back on the subway and headed to Itaewon.  The Seoul Subway system is so ridiculously easy to use.  I was incredibly impressed.  I met up with a friend I had met through some of my best pals who have since left Korea, and he brought me to this adorable little cafe with a big brunch menu.  I was in Heaven.  Is that what Itaewon means?  I had the huevos rancheros ($12) and they were spectacular.  Anytime there’s an opportunity for brunch and avocado I’m pretty thrilled.

By the time lunch was through I changed, hopped in a cab, and headed to the Hilton Millennium Hotel and Casino.  This chic hotel was where my “coffee date” was to happen, and when I walked through the lobby I finally got my first gust of Aircon in Seoul.  I had waited until the last possible moment to change because Seoul simply does not do Air Conditioning like Busan.  My discomfort level was high, and carting around a big duffel bag was not helping.  The interview went really well and I’m very interested in starting the program in 2017.  Time to take my GMAT and start buckling down on learning Mandarin!

I hadn’t really thought beyond my interview when coming to Seoul.  I had looked at hostels but hadn’t actually booked anything because I was supposed to stay with friends who ended up having to come back to Busan.  I wasn’t really sure what to do when I suddenly remembered a gal pal of mine was visiting Seoul.  As luck would have it, they were enjoying some time in Itaewon so I hopped back in a cab and jetted over to where they were having a drink. 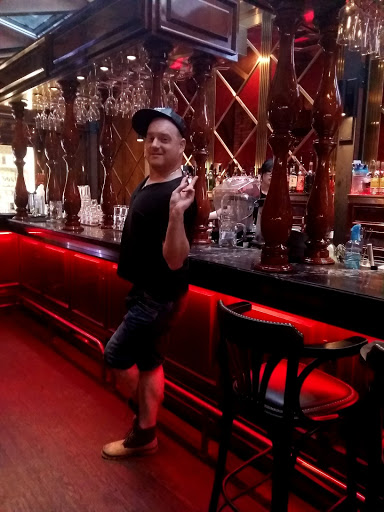 Itaewon is nuts.  It’s exactly what I had hoped it would be, and more.  If I lived there I would be out every night of the week schmoozing and hobnobbing and dancing up a storm.  I suppose it’s lucky then that I don’t!  We popped into Prost for a drink and a chat.  Prost is interesting – half the bar looks like Cheers, and the other half looks like a sophisticated Toronto Bay Street local.  I was perplexed, but the music was good, the drinks weren’t that overpriced (read: still pricier than Busan by a lot), and I had a chair.  We had a great catch up then headed to the hostel I booked to freshen up and drop off my things. After a quick touch up and a shower beer we were back on track down the mountain (my hostel was actually on a steep, steep mountain-like hill – my taxi driver wouldn’t get me up there so I had to hike it in heels at a little past 3 AM [sorry, Mom]). We stopped on “Turkey Street” to have falafel/ shawarma.  I may have had the best falafel of my life that night, and knowing that we were taking a trip to the gaybourhood (“Homo Hill” as it’s affectionately called) meant I was having every last garlic-sauce drizzled bite of that wrap.  We started at Soho around 10 and the place was dead.  People were piling in throughout the evening and I managed to meet one of the most interesting people my trip to Korea has given me, but that little mystery will stay with me.  How to get there?  The Kimchi Queen has you covered: To get to Soho, go out of exit 3 of Itaewon station (line 6) and walk straight til your first major right (after UN Club and Mr. Kebab). Walk up this street; your first left will be ‘Hooker Hill’ and you will take your second left onto ‘Homo Hill’. Soho is halfway up the hill with a large sign advertising the bar. You can’t miss it.
Hours of operation:Thursday through Sunday8 pm to 4 or 5 am

The next day we had Thai (at Taste of Thailand) for lunch in Itaewon.  It was a short walk from the mountain I climbed to get to and from the hostel, and Penang Curry after 6 months is a beautiful thing.  I shared the table with a fellow UBC alumnus and we chatted about our various experiences teaching English in Korea and how they compared to British Columbian life.  It was a lovely time! 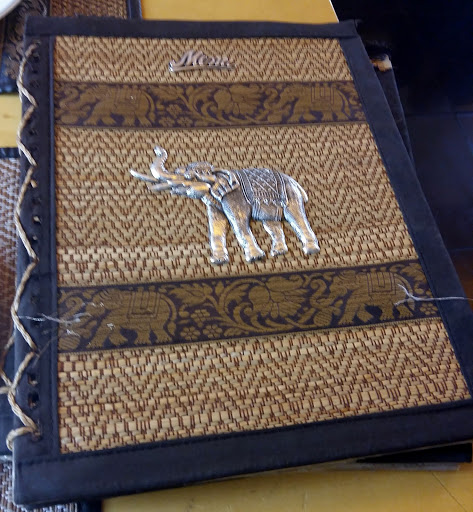 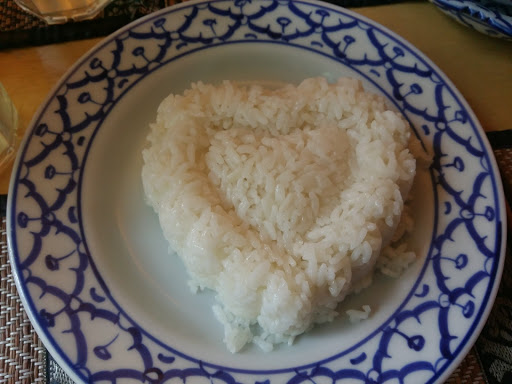 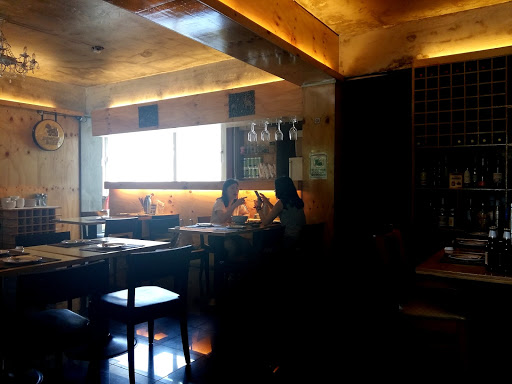 Don’t take these cabs – they charge a premium (ie. they rip off foreigners). 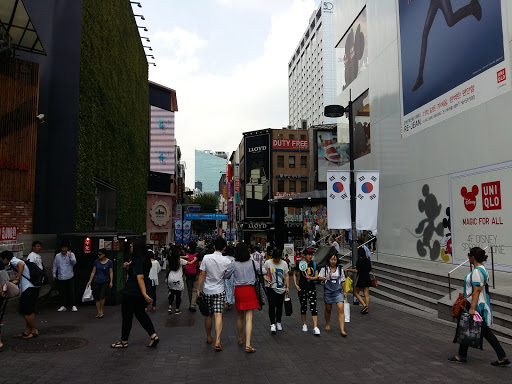 In the sweltering heat after eating moderately spicy food I decided to get back on the subway to check out Myeongdong.  The area was really cool!  It reminded me a lot of Nampo with all the shops and the vendors lining the middle of the streets.  Sadly, I was exhausted and carrying a large bag and no part of me really wanted to shop.  Had I brought a bathing suit I would have checked out the pool party at the Hamilton Hotel (rooftop pool – nuff said), but I didn’t have the energy to really go shopping.  All I wanted was a jimjilbang.

My final Seoul experience was at Siloam Spa and Fomentation (I know you’re all wondering: the American Heritage Dictionary of the English Language describes it as: “The therapeutic application of warmth and moisture, as to relieve pain”).  You may remember my experience of being naked and afraid at the glamourous SpaLand Centum City.  Going to a Jimjilbang alone is another experience completely.  I was the only foreigner in the baths and got quite a few looks to start but eventually was just chilling (in the cold bath, get it?) then soaking up Jade in their jade pool.  Thrilled to have gotten the sweat of Seoul off of me I checked out a couple of their other floors. 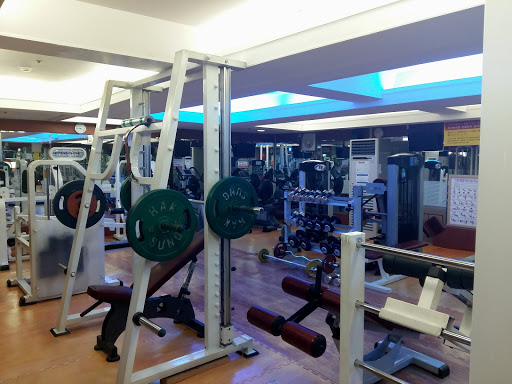 Had I been here with friends I probably would have taken advantage of their fitness center (way better than Eco-gym!), the Karaoke Room, the Table Tennis rooms, or any of the other cool-sounding places.  Instead, I checked myself into the oxygen room and had a well-deserved nap.  My 36 hours in Seoul were coming to a close and being right next to Seoul Station was such a blessing to pop over and wait for my train.  The whole experience of the Mugunghwa was really easy, but I would definitely take the Mugunghwa from Gupo to Seoul and the KTX (high-speed train) back to Gupo.  Instead, I took a night train from Seoul back to Hwamyeong with the lights on blast and a Korean businessman in the seat next to me who immediately took off his shoes and wore the worst aftershave.  It was a long 6 hours and I wouldn’t recommend it to anyone. 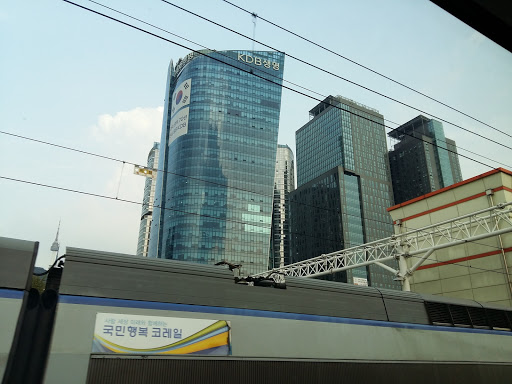 I often think of what my life would have been like had I remained in a Seoul suburb.  I most certainly would not be as happy as I am at work now and I would never have met the people who have shaped such incredible surprises and experiences.  Just last night I was thinking about how lucky I am: these are the kind of friendships most people only dream of.

Peace out, Seoul!  Until next time…

If you’re looking for pure “Asia-lite” and the shiny happy people found in any Canadian or American bright lights, big city then I would certainly move to Seoul.  If you’re looking for a really authentic Korean experience then move to a small town and immerse yourself.  If you’re looking for a laid-back vibe with many of the comforts of home, plenty of outdoor activities, and the mountain and ocean air then Busan is for you.  I tend to compare Seoul to Toronto or New York whereas Busan constantly reminds me of my amazing life in Vancouver.  It’s also often compared to LA or even Miami, but I’m not sure I agree with that.  All I know is for now Busan is home and there’s nowhere else in Korea I’d rather be.