Most of my friends are aware that when I’m stressed, frustrated, or bored I change my hair.  My Mom does exactly the same thing, and it always seems to make me feel a lot better.  Better to change your hair than eat your feelings, right? I had tried to get my hair done at Hwamiju in Hwamyeong back when I first arrived, but communication was difficult (I didn’t have a proper translator on my phone) and I went on a Saturday when it was pretty busy.  After trying out a salon in Seomyeon, which was nice enough but didn’t do what I wanted AT ALL, I decided to give Hwamiju another shot.  My hair was pretty dark and damaged from the Korean hair dye I used, and I wanted to lighten up my look.  I had a photo of Olivia Wilde (well…a few) and my stylist decided to do some lighter ombre and highlights. Upon arrival price was discussed and agreed upon, my bag and coat were taken, and I was given a key to my locker.  I was escorted over to the waiting area and was told it would be about 15 minutes.  I had no appointment, so this was great news! I was given really delicious coffee and some ginger snaps, which was great because I wandered into the salon on a whim after work and hadn’t had dinner. With the language barrier I was a little worried, but I had a Top Senior Stylist and the assistant (who actually spoke some English!) told me I had nothing to worry about and that she would do a great job. 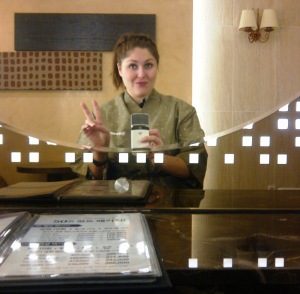 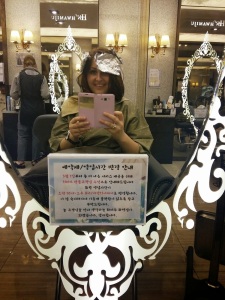 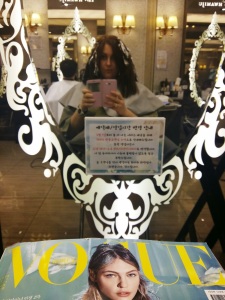 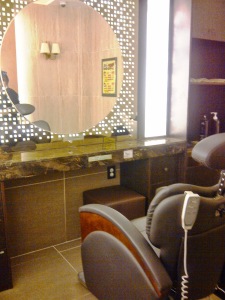 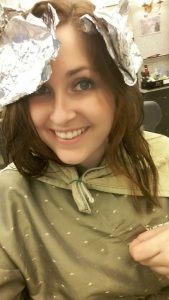 I had two people working on my highlights and was brought a pillow and a Vogue (which came with an apology for not being in English.  I’m in Korea…all good!!).  My stylist checked out my highlights, had my hair washed, and then asked if she could pop in some more highlights (included in the price) and if she could trim my hair.  She also made sure to deep condition my hair so that I would leave with soft tresses.  Always the perfectionist, she also decided to use a straightener to add a “natural wave” to my hair.  All in all it took about 2.5 hours, and I’m very happy with the results.  I now know that I don’t have to leave Hwamyeong to be properly pampered! 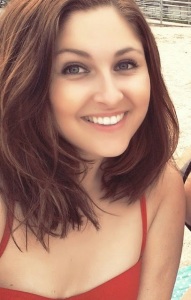 For highlights, a trim, deep conditioning, coffee, and snacks from a Top Senior Stylist the total was KRW 77,000 ($85.61 Canadian).  I don’t know of anywhere in Canada where I could get that wicked a deal! 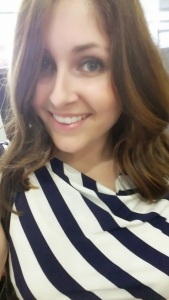 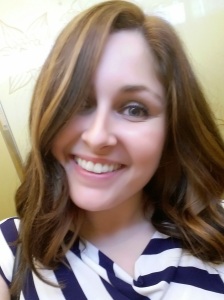 Update: I went back to Hwamiju to get my roots touched up and freshen up the trim.  Never, ever, ever, use a coupon when getting your hair done here.  Root touch up and cut was supposed to be around KRW 40,000 (after the 50% off coupon), so I went in thinking that I’d get the same service.  I had a few people working on my hair and (like an idiot) assumed everything was going well.  How WRONG was I?… 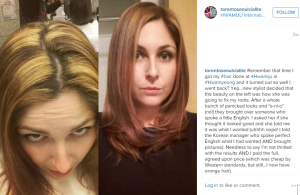